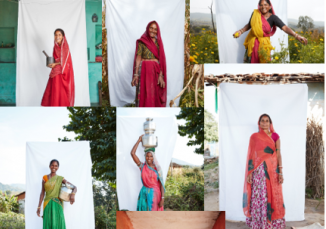 Gary’s images explore a different side of charity work, uncovering  the positive outcomes of Seva Mandir’s leadership. His portraits show how Seva Mandir has influenced the everyday lives of individuals, from schools for children 6 to 14 years old, teaching farmers to reduce water waste and women’s groups to eliminate discrimination.

Placing villagers in front of a white sheet provides a frame that puts the attention firmly on the essence of the people. Gary’s portraits are in deliberate contrast to the oppressed and negative imagery shared by many charities. These portraits restore dignity and humanity to the villagers.

“I wanted to highlight the good work Seva Mandir does, rather than focusing on the reasons their work is necessary. We’re bombarded with images of people in difficult situations, which we can become desensitised to over time. Instead, this series is about positive reinforcement – showing what can be achieved with help and support.” 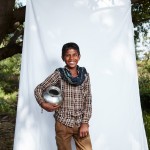 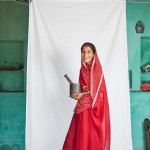 We are delighted to announce that on 1 April 2019, Tony Bourne will succeed Chris Wiscarson as Chair of the UK Friends of Seva Madir. Tony, a distinguished business leader and director, has worked with Seva Mandir for over 30 years. He brings unique insight into Seva Madir’s mission and there is no-one better to take the UK Friends on to the next phase of the charity’s development. Chris has served as chair for seven years and we are grateful that he leaves the organisation in such good shape. We wish both Tony and Chis well for the future.

On 26 February, Lord Stephen Green will present his views on the impact of Brexit on relations between the UK and India. Lord Green who has just returned from India chaired HSBC from 2006 to 2010, and served as Minister of State for Trade between 2011 and 2013. The meeting will be facilitated by Channel 4 News presenter Paul McNamara. The early evening meeting will take place in London near the Temple. If you would like to come along to the meeting, kindly email us on [email protected]

Gary Morrisroe’s photos will also be on display.