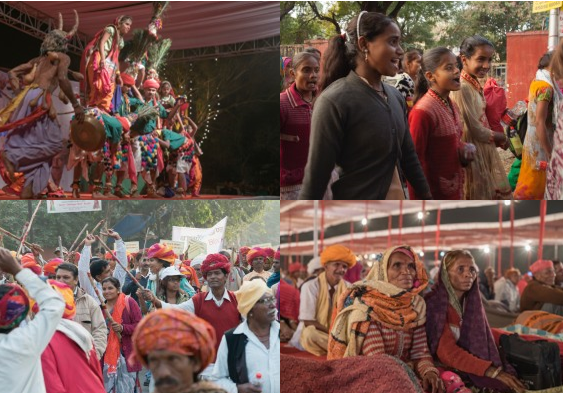 A highlight of Seva Mandir’s 50th anniversary was their Aapno Melo, a community fair.

Some 1,500 villagers joined together with Seva Mandir staff, to celebrate 50 years of collaboration.

The Aapno Melo was a time of energy, joy and an opportunity for serious contemplation of the past, present and future.

As villagers arrived the energy was palpable.  The ground filled with joyous people, colourfully dressed and determined to play their part in the celebrations.

There were games for the young.  And the not so young!

Villagers from Jhadol displayed grains that are in danger of disappearing. Kumbhalgarh showed vegetables grown with the help of new scientific techniques. Kotra focused on education.

The Forest Department showcased the many wildlife reserves around Rajasthan. Manjari Foundation displayed products made by the women they help from marginalised communities.

Mr Arjun Lal Meena, MP, opened the Aapno Melo paying tribute to Seva Mandir’s dedication to the development sector, stressing the importance of education, solidarity, and the role of politics. Being a native of Rajasthan, he had personally witnessed the impact of the NGO. ‘The seed of education that Seva Mandir sowed so many years ago has become a very strong tree today.’

Chief Executive, Priyanka Singh, said: ‘Seva Mandir has been able to make changes in the communities because the citizens let us in and led things their own way. So far the initiative for development work in the villages has mostly come from Seva Mandir, but there have been several successful initiatives from the villages, such as pre-school centres and pastureland renewal. Now it’s time for the initiative to move to the villagers.’ 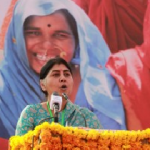 One villager, spoke about her experience of the difference Seva Mandir had made to her area.  She had been the leader of the village committee, and spoke of Seva Mandir’s impact on education, women’s empowerment, livelihoods and on their ethical way of conducting themselves.

It was clear for all to see how much all those present – enjoyed taking part in the Aapno Melo. 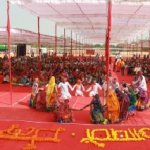 The fair ended with a traditional Mewari cultural programme.

Mr Gulab Chand Kataria, Home Minister of Rajasthan, said that Seva Mandir had sought out and helped improve the status of the most underprivileged in society. A fundamental belief of Seva Mandir, and proof of its effectiveness, is that everyone sits on the same carpet, irrespective of caste, creed or gender.

Eminent trustee Mohan Singh Kothari referred to the five Gandhian principles on which Seva Mandir was founded: non-violence, truthfulness, no stealing, lack of prejudice and hatred, and lack of greed – ‘there is enough in the world for everyone’s needs but not enough for anyone’s greed’.