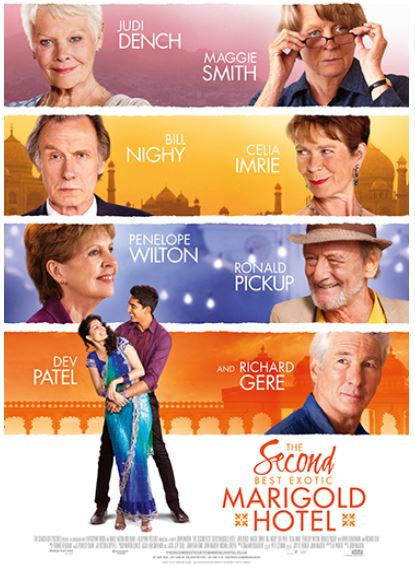 The Second Best Exotic Hotel premiered in London on 17 February, and producer Graham Broadbent and director John Madden supported a series of private screenings which enabled us to promote Seva Mandir to over 200 current and prospective supporters.  We were privileged to have Dame Judi Dench, Bill Nighy, Celia Imrie, Ronald Pickup, Diana Hardcastle, Tom Wilkinson, Lillete Dubey and Tena Desae come along.

Graham and John then flew off to India to join Seva Mandir’s President Ajay Mehta and Chief Executive Priyanka Singh at the Mumbai film premiere in honour of Seva Mandir.  They were joined by script writer Ol Parker whose magical words include the immortal “there is no present like the time”.

John and Ol then visited Udaipur traveling to Jhabla village to see Seva Mandir’s work for themselves.  John has written to say: We had an extraordinary visit to Udaipur, and were hugely impressed seeing Seva Mandir in action, not just by the principles applied to their work, but by the people themselves – Ajay, Priyanka, Aarti. They made us feel wonderfully welcome, and the trip won’t be one we’ll forget.

The sympathetic coming together of Seva Mandir’s world and the film world has planted so many seeds.  Again, to borrow some of Ol’s words from the film, the Friends of Seva Mandir have been planting acorns under the shade of which oaks they will never themselves enjoy.

Thank you to our Friends.