A Force to be Reckoned With

Valkibai walks proudly down the street, knowing that she is indeed an empowered citizen 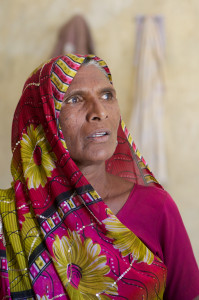 Valkibai from Medi Village is proud of the status she has achieved in recent years. ‘before, no one knew who I was when I walked down the street. Now they know I’m a force to be reckoned with.’  Valkibai is a leading member of the Women’s Resource Centre and, with her colleagues, has been trained by Seva Mandir in family counselling. If a husband is accused of beating his wife, the couple is asked to come and meet Valkibai and her team to explain the situation. If they uphold the wife’s complaint, the man is asked to promise to mend his ways.

Does it work? Quite often is does: for the man, shamed by his mistakes, the threat of public embarrassment acts as an incentive to behave better. But this is not all that Valkibai’s team of women does. With Seva Mandir’s help they have learned about the police and the court system and have powers to investigate suspected crimes. In this tribal area, where local customs are much stronger than the rule of national law, these women are the first port of call if there is a suspicious death. In an area where an eye for an eye or financial compensation by the perpetrator are the accepted ways of dealing with crimes up to and including murder, accusations abound, even in cases of death by natural causes, so the women play an important role in deciding when to refer a case to the authorities. In one case recently, a second wife was found to have attempted to poison her husband and wife number one. Valkibai’s team found her guilty and made her promise not to try again. Once more, a combination of counselling, appealing to her conscience and potential public shame has helped resolve the situation. So Valkibai walks proudly down the street, knowing that she is indeed an empowered citizen.